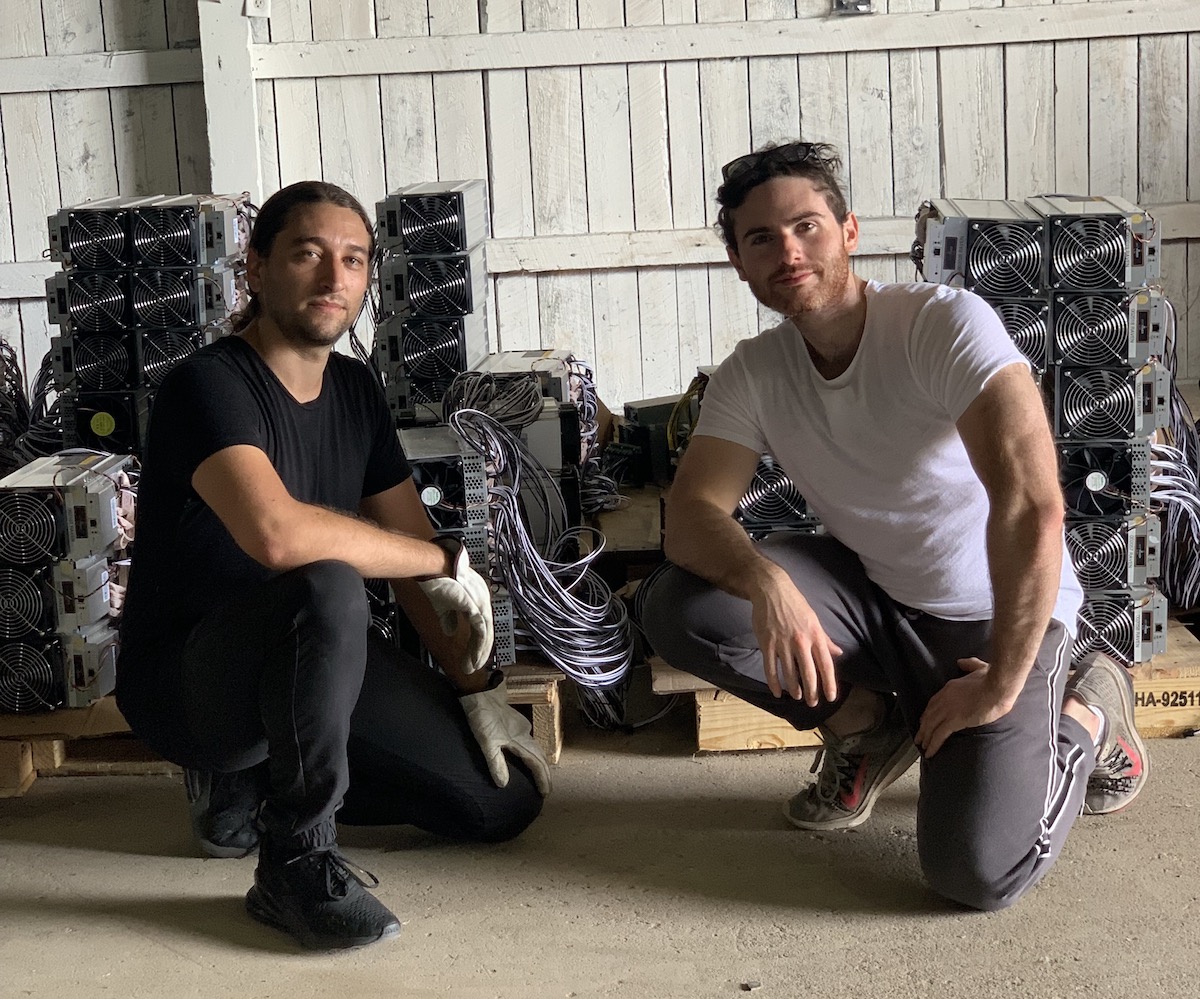 Entrepreneurs Jesse Fastenberg and Andrew R. Insignares have been at the forefront of the digital currencies boom over the past several years. Having delved into Bitcoin mining early in 2012, they’ve seen the changes that have impacted the landscape, and been at the heart of the the digital currency revolution.

Los Angeles Issue brings you this exclusive interview that explores the behind-the-scenes perspectives from two entrepreneurs who have become major players in the cryptocurrency space. Discover their insights and what they think the future holds for decentralized finance.

Jesse: I can’t say I would have thought that Bitcoin would have hit $40,000 this quickly but we always had dreams and visions on what it could be. From 2012, watching the network scale as it has over the years has been nothing but fascinating and exciting. As more hashpower is brought onto the network, the more secure Bitcoin becomes, further justifying a price increase. When comparing Bitcoin to traditional stores of value, and with the many advantages of a digital and decentralized currency, we always knew that Bitcoin had the potential to reach this price.

What do you see in terms of generational wealth opportunities now that institutional investors are starting to signal Bitcoin as a ‘maturing’ asset?

Jesse & Andrew: With institutional money taking its share of Bitcoin, there is now a strong foundation for further scaling the network. Owning a piece of the Bitcoin network today presents an opportunity to own a non-dilutable share of the network which is currently setup to scale further. As Bitcoin matures, more institutional money will see it as a safe place to store and grow wealth.

Can you see digital currencies as a way for businesses to raise finance through decentralized means? Is it a viable alternative for financing a startup for example?

Jesse: I think the 2017 ICO boom was rather telling for the industry in this regard. In legacy equities markets, less informed investors are protected from themselves through the concept of accredited investor status. While some argue that it’s an unfair limitation, the truth is that a majority of individuals are not equipped financially and knowledge-wise to handle these complex derivative products that have a tendency of trending to $0. The initial Coin offering has essentially replaced small-cap IPO placements from the 80s/90s before they were hugged to death by SEC regulation. It seems that products offering non accredited investors the ability to bite into the forbidden fruit (Think decentralized 10x leverage anyone?) and other volatile instruments of this nature generated the most interest. Ultimately, crowdfunding is a good idea in nature, but the question is good for whom? A majority of ICO’s are worthless, and the limited barriers from intaking retail money should have more complex gates behind them. Decentralized finance has removed the barriers on all fronts, but some barriers are best for protecting oneself from the financial beasts we attempt to master.

What do you think needs to happen before crypto can reach a mass adoption point?

Jesse: We’ve been saying for years that digital custodianship is the future. People are obsessed, deluding themselves into believing that they have higher degrees of control than they really do. One does not need to understand how asynchronous switches work to send an email, and the same can be said about crypto. There’s this movement with self sovereignty that’s important, but the average person is not going to be able to figure out, nor care about storing their crypto and mnemonics offline from a centralized service like Coinbase.

Andrew: I think multi-sig solutions as well as the acceptance of centralized entities providing backups will help people immensely. Some say “Not your keys, not your coin,” and yet these same people aren’t ready for the responsibility that comes with the power of owning your own assets.

What’s holding people back from mining Bitcoin? What are some of the industry issues you’ve seen?

Jesse & Andrew: The natural arbitrage from industrial and residential electricity rates provides us with an opportunity for business in general. We realized that it’s rather absurd to think within America, one can drive 3 hours west and electricity rates can drop over 75%/kWh. In large cities like NYC, you have pseudo-monopolies on distribution in the form of con Edison. Bitcoin mining is highly contingent on your electricity pricing. That, in addition to the lack of heavy duty electrical infrastructure needed to mine at scale, prohibits a lot of individuals from doing it professionally like us. Well… that and the fact that they probably don’t want to!

Most don’t have the technical background nor the space to do this; we view ourselves as evangelists and positive enablers of the space. We do this while simultaneously creating industrial infrastructure in a rural, economically depressed area of the eastern US. We provide Jobs and offtake large megawatt loads of electricity. We view this as a win on multiple fronts.

And finally, from your perspective, what are some of the keys to success in Bitcoin mining, and approaching digital currency investments as a whole?

Jesse & Andrew: Promote the network hashrate and hold for the long term. Long term mining is fantastically profitable, and often better than attempting to catch the falling knife with day trades. When investing in a project, it’s fantastic to check internet forums and really research nuanced responses to what is being offered by the company. We think in general, the question should be “Is this even a problem in the first place”? Too often, we see projects full of buzzwords such as “The ultimate p2p, borderless cross-chain, multi-coin collateral backed, trustless exchange.” It’s a whole lot of BS that is designed to sparkle and shine while parting would-be investors with their money. Find purpose, ask more technical individuals for their opinions, and hone your own worldview. Just like one shouldn’t be investing in niche stocks like oil derivatives without an underlying knowledge of the industry, one should be careful with what digital tokens and currencies they invest in.

More from TechnologyMore articles in Technology »